The picture at the top of this blog is a photograph of a mechanical calculator: a Walther, probably a model RMKZ, and indeed manufactured by the still-existing firearms company. I’ve been interested in mechanical calculators (and “coffee grinder arithmetic”) ever since reading Husserl’s Philosophy of Arithmetic, where he speaks repeatedly of the “mechanical operations” of elementary arithmetic, the numerical symbols as foundation for a “completely mechanical process” of calculation, “purely mechanical counting”, etc. He even points out that we count “like a machine” (“maschinenmässig”), when blindly manipulating signs due to habit. The first time I read this I wondered what level of mechanical calculation had been reached in the 1880’s when Husserl wrote this. I obtained a more than satisfactory answer to this question when visiting the excellent Arithmeum in Bonn a few years later. From caveman arithmetic with notches on a stick to the last mechanical calculators of the 1970s they have nearly everything there (including an Enigma). After the Pascaline, the development of mechanical calculation took flight in the 19th century, starting with Babbage’s difference engine in 1822. This lead to a veritable “computing revolution” in the 1880s and 1890s, right around the time Husserl was writing his book, when all kinds of new models of mechanical calculators were being developed and mass-produced.

Inspired by the picture on my blog, this year for my birthday my mother gave me an Original Odhner model 239, probably produced in the late 1950s or early ‘60s, complete with copies of the original manual and instructions for disassembling and cleaning it. During the summer break I plan to take it apart, peek into Leibniz’ mill, and put it back together. 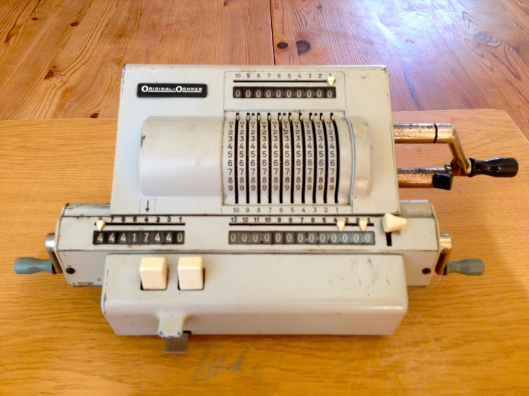 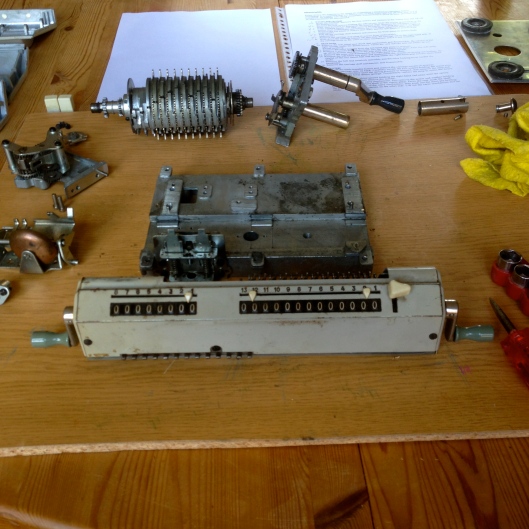